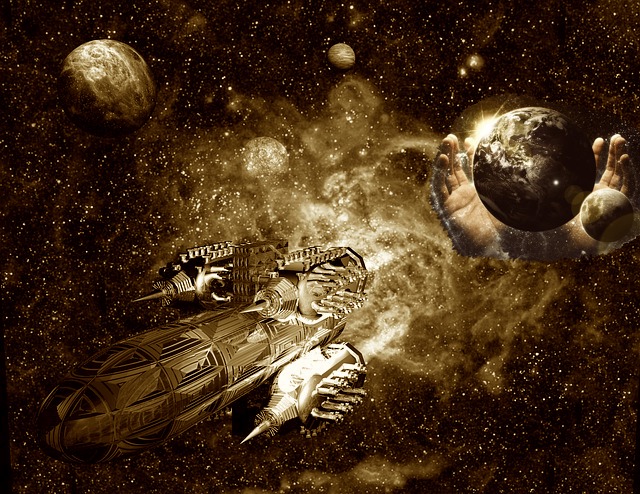 Recently, I was asked on Quora about Christian use of magic and alternate reality in fiction. After thinking about it for a while, I wrote to a guru on the topic, Steve Laube.

Steve began Enclave Publishing to build credibility for a uniquely Christian spin to the popular but strikingly non-Christian realm of speculative fiction.

“Enclave is a place where authors and fans of Christian Fantasy and Christian Science Fiction can come together and then go out and make a difference through worlds of words. Our stories can seem strange but underneath they contain powerful expressions of Redemption, Truth, and Hope.” (Enclave’s vision)

In a series of emails this spring, I was able to glean from Steve an insightful perspective on using speculative worlds in Christian fiction.

With his permission, I have pulled together his answers here. I hope his words can encourage and inspire other Christian writers in their pursuit of promoting intelligent Christianity in the medium of fantasy, sci-fi and speculative fiction. 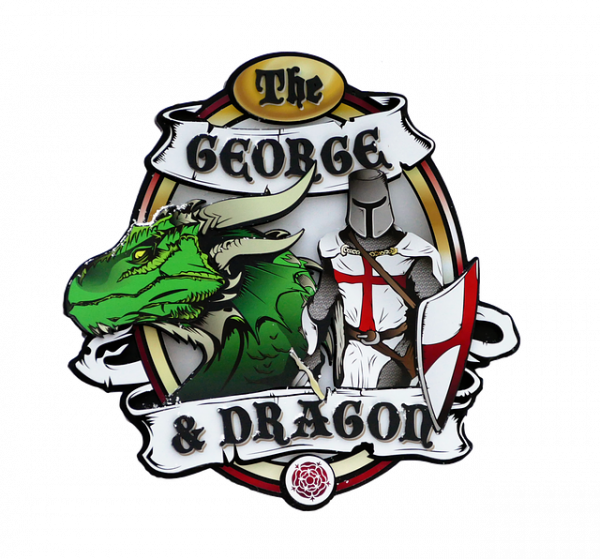 Steve, I would really appreciate hearing your perspective on Christianity and fantasy, sci-fi and dystopian fiction. I notice you are specific that the books you publish are “Christian.”

Do you have a list of guidelines you use or do you “wing it” and take each story in its own world? In other words, how do you make sure you are honoring God in what you are promoting/publishing when it comes to alternate realities, be it sci-fi or fantasy or dystopia?

You’ve asked a loaded question, to be sure. It is one we’ve worked through for a long time.

I’m often asked “What makes Enclave books Christian? After all you have a book (Knife) where the main character is a Fairy!”

My answer is “The author does.” Our authors write out of a deep Christian worldview.

I think most people would agree that “if there is a creator God” referred to in a story, it would be heretical to change him and his ways.

So Tolkien, for example, changed the laws of his universe so he had NO God referred to. It became generic good vs evil.

Lewis, on the other hand, had Aslan (and the Emperor over the Seas) whose character matched the biblical God though with different manifestation.

The challenge with science fiction and fantasy is that Jesus simply does not “show up” in natural conversations. However, the characters wrestle with faith (the Fairy worships “The Great Gardener” for example) in creative situations. It is how they redeem those situations that point to our Faith as real and life-changing.

Kathy Tyers’ FIREBIRD series, for example is set in a universe where Jesus has not yet come the first time, and yet humanity has spread through the stars. There is a planet where a people live who believe that a Messiah will come through the line and lineage of their king. So, how can that be a Christian novel when there hasn’t been a Jesus yet? The author does it though the power of her story telling and exploring how God reveals Himself. (Book five is the Messiah novel, in case you are interested.)

See our interview with R.J. Anderson, the author of Knife.

In your interview, RJ mentions that Christian publishers were initially reluctant to publish her Christian “fairy” story. Even your name Enclave hints to the friction from within and without.

It seems that up to this century Christians have been afraid to touch the fantastical genres. Yet you have taken this on as a personal project. I’m sure most believers are afraid of challenging the prohibition of magic in Scripture, so of course this is probably the most critical subject.

I’ve been involved in this type of storytelling in some form or fashion for over 20 years. I’m quite comfortable with the conversation. In Fantasy there is the device of “magic” in many forms. In Sharon Hinck‘s Deliverer series it is found in Music. In Gillian Bronte Adams‘ series it is in the power of Song. In Lindsey Franklin‘s book, Story Peddler, it is in the power of story telling.

You mention that the Bible prohibits magic. That is a simple way to put it, but the context of each prohibition needs to be reviewed. Below is the text of an article from Marshall Shelley, a conservative leader/writer who has been a part of Christianity Today magazine for a long time. It may help clarify a balanced approach to the subject.

//Sorcery is condemned in the Bible (Leviticus 19:26), but I don’t believe God is against card tricks, illusions, special effects, or the other elements of a magician’s show. I also don’t think there’s anything wrong with reading fictional fantasy stories about boys and girls with superpowers or magic wands (yeah, you know who I mean). After all, if you’re going to avoid all depictions of magic, you’ll have to avoid the Bible because it includes stories about people who practiced magic and sorcery. And in the Bible, not all magicians are viewed as evil.

Remember the three wise men of the Christmas story who brought gifts to baby Jesus? They were Magi. Historically, Magi weren’t known for pulling rabbits out of hats, but they were a part of a long line of consultants to kings who worshiped various gods, practiced the occult, studied the stars, foretold the future, interpreted dreams, and probably experimented with spells, potions and elixirs.

Then around 600 B.C., the Old Testament prophet Daniel was put in charge of the Magi of Babylon (Daniel 2:48). That’s when there was a noticeable shift in how the Magi of Babylon worked. They operated more like a priestly order, became monotheistic (worshiped one God), and even sacrificed animals for their sin. Daniel no doubt turned them to depend upon God for their powers.

So while sorcery is condemned by the Bible, not all the magicians in the Bible are “bad guys.” The difference? The three wise men bowed before Jesus, and Daniel was clear that he could interpret dreams by God’s power, not his.

What the Bible warns against is interacting with powers of the spirit world without God being a part of it.

The Bible wouldn’t warn against these things (Deuteronomy 18:10) if their dangers weren’t real. So what’s wrong with them? Two things.

First, contacting evil spirits places us under the influence of the Evil One. Remember, Lucifer is known as “the father of lies.” This means he usually makes things look harmless or fun—for a while. And fortune-telling, curses and horoscopes can seem harmless at first. But the longer we dabble in Lucifer’s laboratory, the more likely it will affect our faith and thinking.

Second, a deeper danger is your motivation for dabbling in such things. Doing magic tricks like “the disappearing coin” may be just a fun way to entertain your friends, but people who get into real sorcery do it to exercise power over other people, to influence them to do something they wouldn’t do otherwise, or to get knowledge that isn’t humanly available.

This is what God forbids. In fact, the Bible tells about one sorcerer named Simon, who was willing to pay cash to receive the Holy Spirit (Acts 8:9-24). But the apostle Peter saw through to his motivation, and harshly condemned him for trying to use the good side of the spirit world to gain control over others.

Only God has the right to enter another person’s heart and mind and soul. When a person tries to do that, it’s another way of trying to become like God, which is the sin that got Lucifer kicked out of heaven in the first place.// Marshall Shelley

His best quote is this “What the Bible warns against is interacting with powers of the spirit world without God being a part of it.” Therefore I have no problem depicting magic in our novels. If it is used for evil we make that crystal clear (like the white witch in Narnia). If it is for good (like Aslan in Narnia) that is crystal clear.

I did a youtube video which explains it in a different way:

Two of my favorite quotes from your Youtube video say:

“I happen to believe that science fiction and fantasy is the one genre of all genres in fiction that reflect the creativity of God.”

Fairies, animals that talk, time travel, using “things of that nature is one of the most incredible opportunities for those who write science fiction and fantasy to express the creativity of God.”

As a literary agent I have the privilege of representing some of the finest authors in the Christian market who write this type of book, some of whom also now write for Enclave. Check out Lisa Bergren, Chuck Black, Patrick Carr, Ronie Kendig, Kathy Tyers, Sharon Hinck, Gillian Bronte Adams, Morgan Busse, Nadine Brandes,Karen Hancock, etc.

Thank you to Steve Laube for his very helpful and inspirational answers. We would love to hear your comments below. 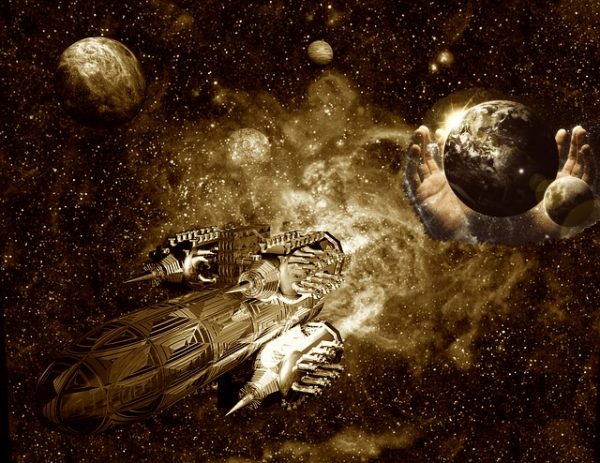