What Would Einstein Do? 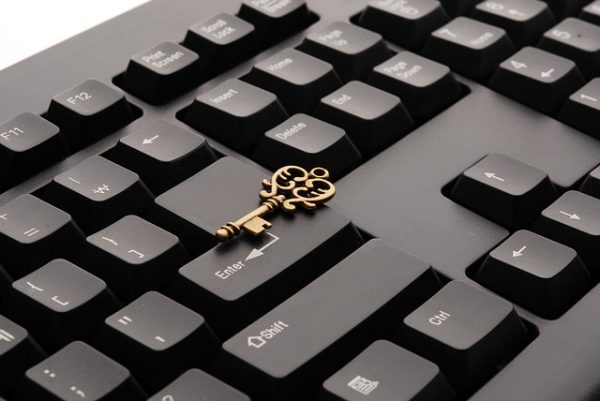 What Did Einstein Say About God?

Einstein thought it was unreasonable to think of an Eternal Being who would judge.

The man who is thoroughly convinced of the universal operation of the law of causation cannot for a moment entertain the idea of a being who interferes in the course of events – provided, of course, that he takes the hypothesis of causality really seriously. He has no use for the religion of fear and equally little for social or moral religion. A God who rewards and punishes is inconceivable to him for the simple reason that a man’s actions are determined by necessity, external and internal, so that in God’s eyes he cannot be responsible, any more than an inanimate object is responsible for the motions it undergoes. Science has therefore been charged with undermining morality, but the charge is unjust. A man’s ethical behavior should be based effectually on sympathy, education, and social ties and needs; no religious basis is necessary. Man would indeed be in a poor way if he had to be restrained by fear of punishment and hopes of reward after death.

You can see more of his thoughts in the following.

1932 My Creed, by Einstein,  Einstein and God, Albert Einstein: God, Religion and Theology, and two articles he wrote on the topic at Einstein’s Ideas and Thoughts.

Excusing away fear of judgment is circular reasoning. Yes, we make decisions out of necessity (“satisfaction of deeply felt needs and the assuagement of pain”). But we also make many decisions out of simply self-priority, which he otherwise claims is something that should be overcome.  He says we should do all we can to be others-centered (“free and responsible development of the individual, so that he may place his powers freely and gladly in the service of all mankind)”. It sounds ideal, like communism is. But the reality is we will still pursue our deepest desire, even if that is not to the benefit of mankind. And that requires an “overcoming” that (we realize that) we can never attain.

Being others-centered is self-contradictory in a system where necessity is the standard. I’m sorry, Einstein, I don’t claim to be smarter than you, but the claim that “morality charged upon us by a conscience must be overcome” seems counter-intuitive. Reasoning away the fear of eternal judgment may be setting oneself up for worse.

I put this on Pascal, and will use his famous WAGER.

Question: Is Conscience Wrong, how do I respond?

If my conscience (fear of eternal judgment) is something telling lies that I have to be overcome, and I choose to overcome it and live for the benefit of society, when I die I get nothing out of that except leaving a mark on the world. Insignificant gain.

If my conscience is something telling lies that I have to overcome, and I choose to not overcome them and live for my own wants without regard for society, when I die I leave a negative or null slash on the world. Insignificant loss.

If my conscience is something telling truth, but I disregard and attempt to overcome that conscience, when I die I get that which I feared. Infinite loss.

If my conscience is something telling truth that I regard and can submit to, when I die I escape that which I feared and get that for which I hoped. Infinite gain.

Yes, as Stanford’s Pascal link above says, there are many assumptions that need to be addressed. This Wager does not stand by itself, but stands at the end of the argument for all of those presupposed facts–like eternality of the soul, definition of that God, role of logic in speaking to metaphysical realities.  Still, after you sludge through those big thoughts, and you must, you will be left with a gamble.

Christians gamble this LIFE OF SORROW and pain and an aspired-for happiness for that ETERNITY together with the Source of all goodness, kindness, justice, love, relationship, honesty, and grace we hope for and never acquire in this life. We look at the clues He left (in us and around us) regarding His character. And we make a judgment call as to whether our conscience is speaking true.

Everyone needs to make the judgment call. Look at the evidence, look inside you, look around you. Count the cost for your choice. Make your gamble.  Einstein made his. I’ve made mine.  I’ve chosen to do what Jesus told me I should do.

“Come to me, all you who are weary and heavy-laden and I will give you rest. Take my yoke upon you, and learn from me. For I am gentle and lowly in heart, and you will find rest for your souls.”  Matthew 11:28-29

As amazing as Einstein’s life was, as amazing as his mind to grasp the makeup of the universe, he still could not keep himself from dying, or bring himself back up from the dead.

My representatives saw it happen to Jesus, checked it out FOR ME.  I think I’d better listen to their eyewitness account.

UPDATE: Jan 19, 2021: The first novel, spec mystery: You Shouldn't Have Come, is up and running. We still have some spots left, if you'd like to join... After an unexpected second death, we're moving into some strange twists.......

Thank you to all the WonderLit Authors and Readers who participated in this 2020 Christmas Cookie Recipe exchange. Peace on Earth, Goodwill to Men! Note: No calories or carbs in reading this book. --Darlene Bocek

Well, Christmas is VERY soon, and we are most likely going to be hunkering down for the season. Hopefully with “chestnuts roasting on an open fire.” 🎄

Here's a BONUS extravaganza list of some fresh voices in fiction, sorted by genre. THE LAST NOEL is in these collections, sometimes a bit mis-categorized 🤦‍♀️. (If you haven't downloaded The Last Noel yet, this is a good chance. Click any link below). I hope you...