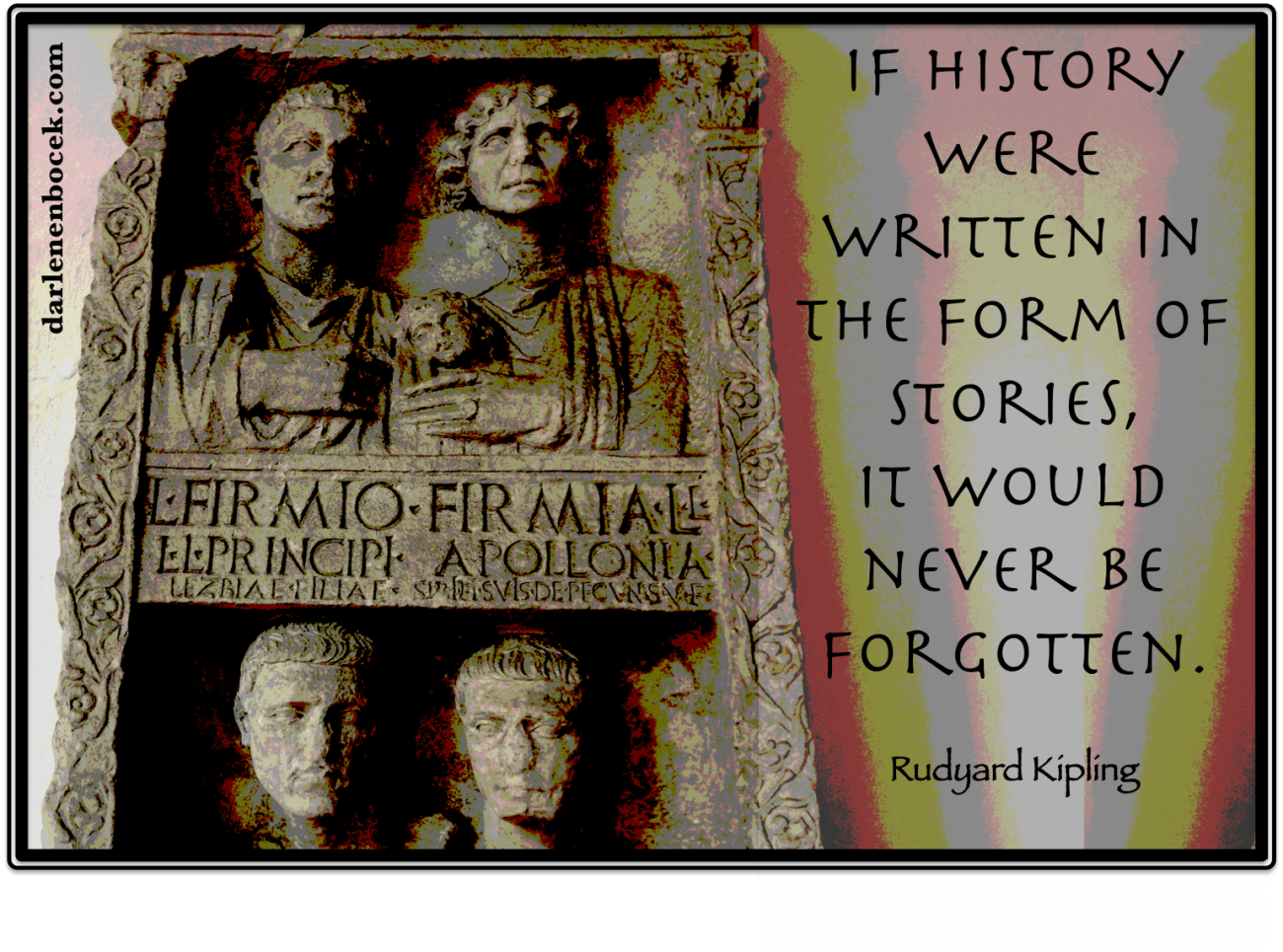 This Istrian stone monolith was found in 1588, near Ravenna as a part of the city wall.  It is from the mid-first century. You have a family–a woman with her arm around a man (her husband?) and a sleeping/deceased girl-child in her arms. Underneath the man and woman are two young men and under them a third boy. On the very top you have the bust of a woman.

What is their story? Who is this family? They have only been remembered as far as their names and faces. You can see that the family wanted to reflect the intimacy between the woman and man, and the woman’s love for the little girl. But nothing else is known of their story, only faces and names. A piece of history has been forgotten. 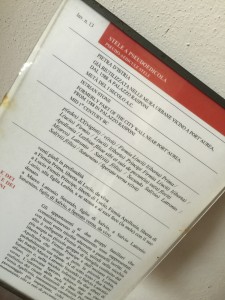 A rather rough internet translation of this says:

Those belonging to the two groups that commissioned the monument are presented with busts within niches alternating panels subscribers . High and depicted Firmia First , then in the niche freed Lucio Firmio Prince and the ‘ old Firmia Apollonian embracing to her chest small Lesbia probably her niece . Below are the two busts of the brothers Marco and Latronio According Salvio Latronio Saturnino and , in the lower niche between two laurel trees , the young Hoped , a slave born at Verna . The interest of the stele and gave the dear … realistic of female portraits of Firmia Before Firmia Apollonian intensely characterizes character she most important monument

(would love to have a better Italian translation, if anyone can help.)

The stone can be found at the Ravenna archeological museum, next to San Vitale Church.

History is filled with mysteries such as this one. Of course we cannot always know the lives of everyone who ever lived, but if their story is not written, it floats off into the dark recesses of history.

This just goes to show:

History is not names and dates.

History is the why*s and the wherefore*s of those names and dates.

If you want to really “Do History,” then make sure you are applying the principles of historical study.

History means asking questions and finding answers using primary source documents.
In that, you will need names and dates.

But names and dates are not the end of the story, only the footnotes of the REAL STORY.