Facts of the Matter: Story of Scripture 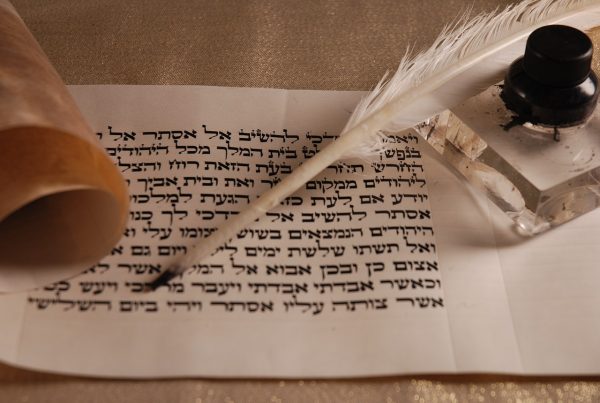 The Word in the World

For thousands of years the people of God had no full copy of God’s Word. The Israelites of the Exodus had the word of Moses, and the books he was writing. Otherwise it was hearsay. The judges had a couple more books. The kings had the books of Moses up through Samuel.

God commanded Israel that when kings would finally reign:

“…when he sits on the throne of his kingdom, he shall write for himself in a book a copy of this law, approved by the Levitical priests. And it shall be with him, and he shall read in it all the days of his life, that he may learn to fear the Lord his God by keeping all the words of this law and these statutes, and doing them (Deut 17:18-19).

During the time of the kings the historical books and the wisdom books were pulled together: Ruth, Job, Psalms, Proverbs, Ecclesiastes, Song of Solomon. And the later kings required the prophetical books spoken against them. The more God spoke, it seems, the more people ignored him.

We can’t make a blanket statement that all people neglected the word of God, but the story of Israel is our story. We must draw from it the lessons and message God intends:

The prophets warned and Israel blocked their ears, so Assyria took away the northern kingdom. Yet God continued to speak. When Babylon came to take away Judah, the scrolls went with them. In Babylon and in Egypt (those who escaped) the scrolls were collected and compiled into the Old Testament we have today. While in Babylon during the exile and after Jews returned to Israel were added: the exilic prophets Jeremiah (Lamentations), Ezekiel, Daniel; and the post-exilic historical writings of Ezra, Nehemiah and Esther and prophetical writings of Zechariah, Haggai and Malachi. (see graphics below)

In other words, by the time they came back to the land and were settled after the decree of Cyrus, they clearly knew God’s expectations for them and had a renewed and more-detailed promise about the rescuer who would come.

Four hundred years of silence later, one voice in the desert speaks:

“Repent, for the kingdom of God is at hand!” and “Behold the Lamb of God who takes away the sin of the world.”

It should have been clear that this message (after that long silence) was the apex. But only some people were caught aware: Mary & Simeon in the birth narrative and James and John in the Baptism narrative.

By the end of the next three years we have a huddled mass of people in an upper room, afraid to open the door to whom a resurrected savior appears. Then everything changed.

In the whirr of the next sixty years Christianity, the new covenant, grows and spreads by the instigation of the spoken and written word. These words, treasured and collected, were passed around and recopied.

By AD 110, Polycarp, Justin Martyr and Clement of Rome and had referred to 20 out of the 27 books that are in today’s New Testament. (see graphic below)

Then by AD 180, 26 of the 27 books were readily acknowledged and known by most of the church fathers, and in 230 the last book, Second Peter, was referred to by Origen.

Has Jesus Been Misquoted? Click for more on HOW RELIABLE or TRUSTWORTHY the Manuscripts can be.

The LORD spoke, the church had his Word. Scholars could read it. Even early on scholars would make copies of Scripture for others. Eusebius wrote of his teacher Pamphilus who he gave (not merely lent) scholars copies of the Scriptures, of which he kept an extensive supply. (SOURCE)

But it wasn’t until the advent of the printing press and when the Bible was translated into the spoken language by men like Wycliffe and Luther that the common man finally could have their own copy.

Now the Scripture is as close as our next phone call. Searching for a verse or a topic takes the click of a couple fingers.

Are we any better off than any of these people since the Israelites coming out of Egypt?

Your answer to that is up to you.

Do you have Your Scrolls?

Development of the Canon

Development of the Old Testament

[How Did We Get the Bible We Have?]
[How Did the Bible Develop?]