When I met R. C. Sproul, I was spanking new to this theology thing.
We were at Westminster Seminary in California, it must have been 1996, and had just finished an evening seminar on the Providence of God. I came after work to join Fikret for R.C.’s class on God’s rule over the universe, and how it kept human responsibility and culpability but did not allow for free will.
In the lecture he explained to us his famous analogy of the Maverick Molecule. But I still was not convinced.
After class I waited for my turn to speak with him and told him this sovereignty thing doesn’t work.  “Look at Ezekiel 33:11 and 2 Peter 3:9,” I said.
He explained how we have to look at context. Ezekiel was speaking to Israel…and he went into detail about that passage. Then he said the “everyone” of 2 Peter 3:9 has to mean something that coincides with the rest of Scripture.
I stopped him mid-thought. I said, “You can’t twist words to make the Bible say what you want it to say.”
The people around us gasped. I really had no idea who R.C. Sproul was. All I thought was “this guy” is disregarding those verses for the sake of his idea.

…I can still hear his raised-voice (but humored) appeal echoing through the years.

Quite the contrary. That arrogant snipe I was got struck with the non-existence of the maverick molecule. And R.C.’s teaching got lodged into our hearts and minds.

We soaked up tape series after tape series, graduating to video tapes. Eventually we got the DVDs and kept learning more and more of the God R.C. had been trying to tell us about. The God who IS. And HOW he is.

They talk about ships that pass in the night. One moment in time forever changing me and my husband. It was a slow change, but this was the moment. For me at least. Lucky Fikret had full-time of this amazing thing at Westminster Seminary with other teachers like Peter Jones and John Frame and Robert Godfrey.

Me, I had R.C. Sproul. Until I met John Gerstner a few years ago.

Ships that pass in the night, but he gave some precious cargo. For that–for his being ready and willing to be used by God for dispersing that cargo–I am eternally grateful to God.

I am not the only one who is writing today about R.C. I am reading over and over of other people whose stories were like mine.  The way he chose to live his life really changed the world.

“If you would not be forgotten, as soon as you are dead and rotten, either write things worth reading, or do things worth writing.”

R.C. Sproul’s life and death reminds me of this. His principle of working as long as it is today is summarized in these loaded words:

“I’ll retire when they pull my cold dead fingers off my Bible.”

May we all be as diligent. May we all invest ourselves in such a way. Ten-fold. So when the Lord returns he says to us:

“Well done, my good and faithful servant. You have been faithful with little, I will put you in charge of much” (Matt 25:23). 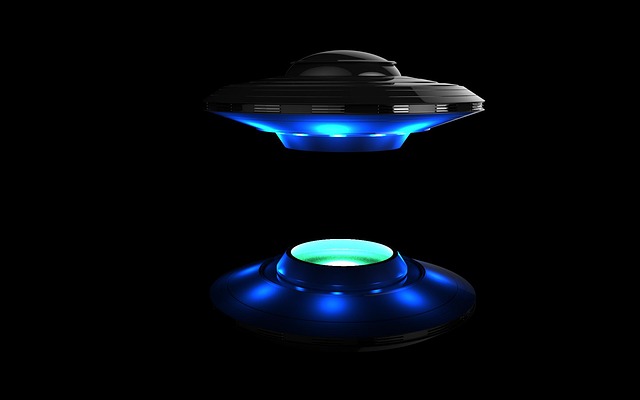 We have all been hit by OUTLIERS.  In school, when the teacher grades on a curve, outliers are the death of our grade. Everyone bombs a test, but because one kid gets a 90 it knocks down everyone else’s grade.

The phenomenon of OUTLIERS is an important topic to discuss in life. Is it so bad to be different?

My question crept up last April when I reread a very interesting report with a theory built on reasonable evidence, about Roswell and the Operation Paperclip connection.

Why is it that people who make connections like this are called wackos,

but people who say that the world created itself out of nothing are called deep thinkers?

–To find the problem with something out of nothing, you need to spend time thinking about what you mean by Nothing. If your Nothing is really nothing, how can anything happen at all, and if it’s not nothing, you’ve contradicted yourself and have to create a new theory.–

1. Why are there outliers?

2. How important is it to NOT be an outlier?

3. Why do people try to make us conform? or call us quacks if we do not?

Is it so wrong to ask questions about aliens and poltergeists? It is a common dividing line to say that those who TALK ABOUT aliens are wackos and those who DON’T are normal. But why do we not ask? Who is it making the rule that says asking makes you an outlier. It is important to know. NOT asking should be suspect.

As an historian, I must ask about the testimonies. All the people who have spoken about alien-contact saw something. Even if a few hallucinated or made up their stories, the changed lives testify that SOMETHING happened.

I happen to know what actually occurred. Without a doubt.  I have done my historical and sociological research. My reasons are defended by common sense, intelligence, reason and loads of facts. But my problem is not what IS going on. I know the truth.

My problem is that PEOPLE WANT US TO NOT ASK.  Why is the topic taboo?

When I was in high school, I was in a start-up Christian Club. We called it Agape Club. I found peace and meaning in my relationship with Christ, in my knowledge of God. But I was an OUTLIER.  Classmates usually do not want to associate with outliers. Outliers certainly do not pick up the guys, and being associated with them taints your reputation.

But what if the status quo is part of a great big conspiracy? Like the conspiracy of the drug companies and their use of the media and Wikipedia? What if I am the whistle-blower? What if I am the one without the blindfold? The one ‘unplugged’ from the Matrix?

Who is it claiming us unreasonable if we determine the world has clear evidence of design? I say denying that is not using common sense.

Who is it claiming us unreasonable if we determine that people have seen something on those dark roads? I say denying it is plugging your ears to a very loud message.

Who is it claiming us unreasonable if we go against the Status Quo? If you depend on reason, and pursue it to the very end without compromise, there is only one conclusion you can come to and be honest. Bending to the status quo can cost your very life.

I know who it is claiming these things and I know why.

What is truth? Do you really care?

I appeal to John Gerstner, and his Lecture Series on Handout Apologetics. He shows why it is normal and reasonable to be the way I am, and how the lemmings and the outliers are those who deny the Reasonableness of the evidence.

Trunk of Scrolls is infused with John Gerstner. The questions he poses in his Handout Apologetics are the ones philosophers have been debating since the beginning. And yet, Gerstner and Trunk of Scrolls provide hope for those answers. As should be clear by the very focus of my website, “Promoting Intelligent Christianity,” it is by reasoning through things that Truth will be found.

Reason, or philosophy, was given by God as a means to find Truth, and reasoning done in the light will always find what is True. If the premises are true, and reasoning is solid, the conclusions will be correct.

This is why it is essential to teach logic and philosophy and to train children how to think through things. Trunk of Scrolls is the story of one family’s exploration of the questions that have always been here–about reality, about suffering, about God, about finding what is true. And hat-tip to Gerstner who so succinctly and amiably presented this at an accessible level. I hope that Trunk of Scrolls will likewise be for each reader an accessible, entertaining and challenging exploration of this historical pursuit.

Trunk of Scrolls available in Kindle and ePub & paperback. 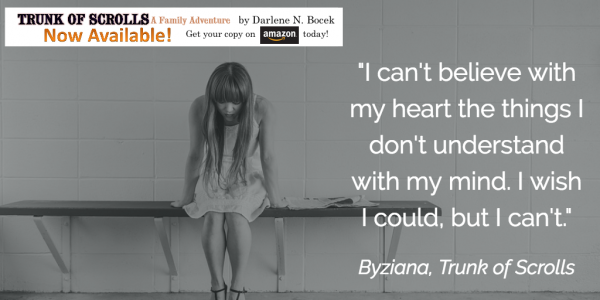 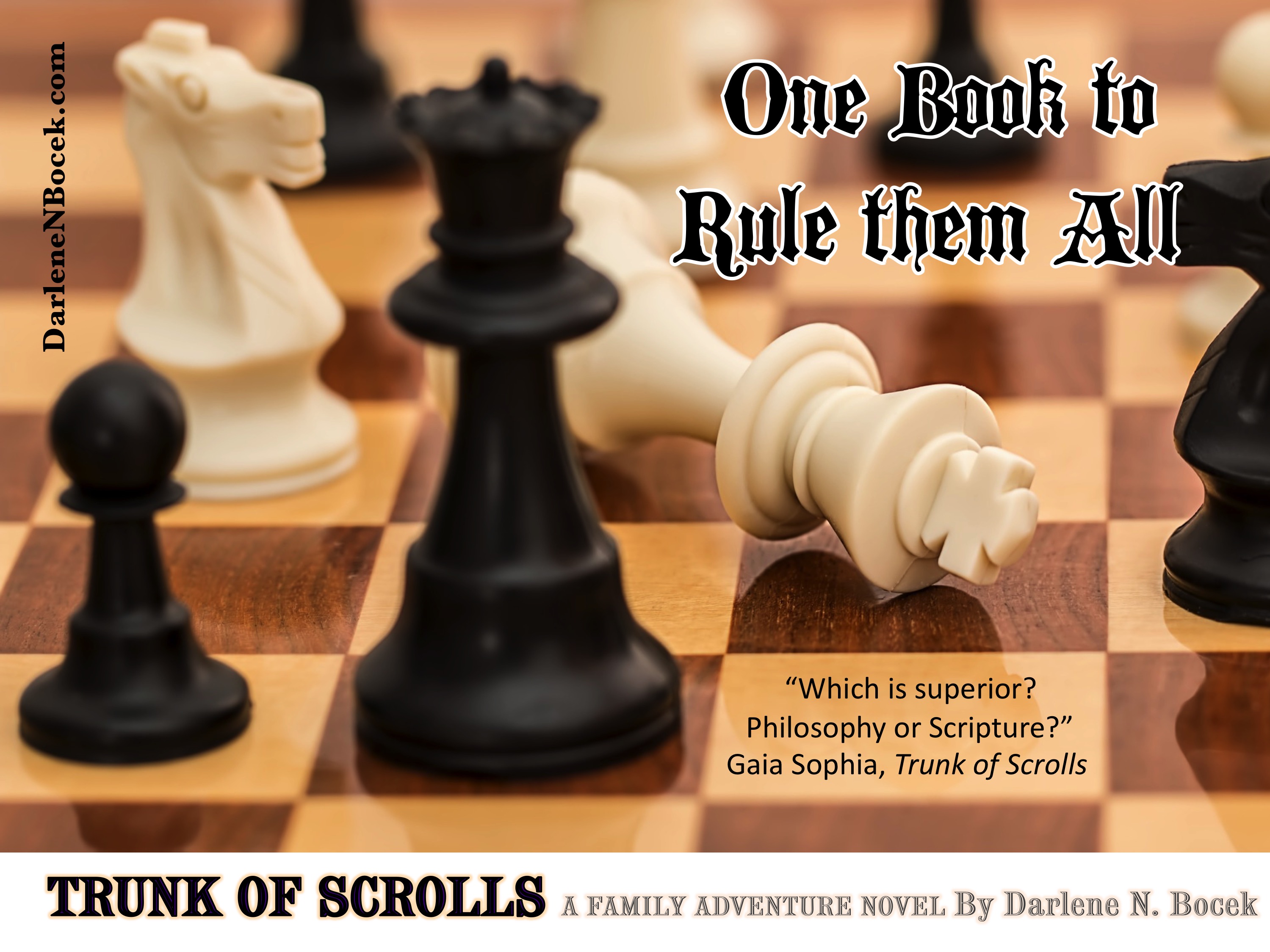 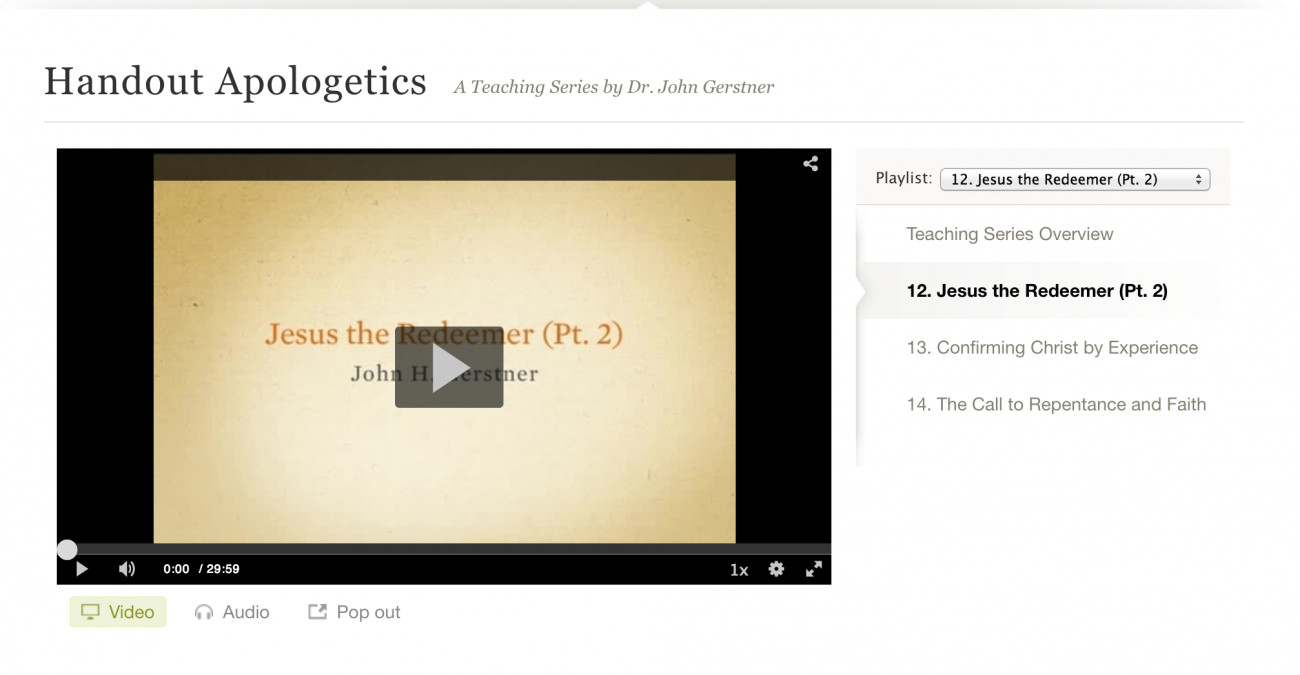 When I get to heaven, one of the big things on my list is to find John Gerstner. What a jewel. I just want to meet him.

I was introduced to him last year through a Ligonier video series he did in the 90’s called Handout Apologetics.

The kids and I just finished watching the series again as part of this year’s Apologetics course, and again I remember my plans to find his mansion when I get there.

I want to thank him. You might have noticed that the Sola series I have on my blog has a broken link for the Sola Fides section. This is due to John Gerstner. The picture I have on there is from Indiana Jones stepping out over the chasm in The Last Crusade. After the Apologetics course last year I rethought everything I believed about faith. So consequently until I redo that webpage I have taken it offline.

Faith is not what I thought it was.

So I would like to recommend the same
Handout Apologetics that changed my life.

You can watch the series for free on Ligonier.org. (click the picture below). 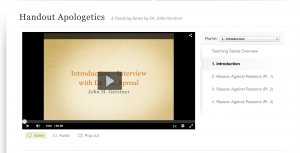 The first four lessons are REASONS AGAINST REASON that Christians tend to use. Wow! God bless you in your pursuit of FAITH.

COMMENTS:  What about you? Do you think faith requires reasons? OR is faith an end in itself?

Update July 2017: In their discussion on Natural Theology, or evidence of God through the natural world and philosophy, White Horse Inn Podcast gave a significant hat-tip to dear John Gerstner. Please listen to this episode:

WHI 1372 | DOES FAITH CONFLICT WITH SCIENCE?